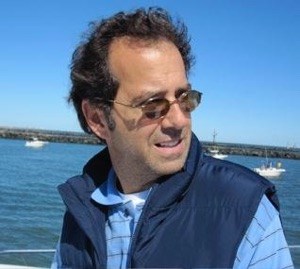 Order of Protection Vince and his son Mike are attorneys practicing together in Ithaca, New York. Among their numerous challenging cases, they become involved in two seemingly unrelated cases–one a murder case, the other a domestic violence case–that slowly twist and intertwine, trapping the father-son team in the daunting task of unraveling a legal mystery drenched in love, fear, violence, addiction, and explosive action.     The Binghamton Blues Based on some of author/attorney Nino Lama’s actual cases, “The Binghamton Blues” is a larger than life legal thriller that will keep you on the edge of your seat, and guessing at the outcome until the final pages.The action moves back and forth between upstate New York and the Florida keys, with the good guys, attorney Vince diMarco and his son Mike, pursuing the bad guys with the same zeal they pursue beautiful women.Lama’s characters are rich and fully developed. His precise prose moves the story along at a rapid clip and avoids getting the reader bogged down in legalese.All in all I found “The Binghamtom Blues” to be a thoroughly fascinating story, and an enjoyable read by a debut novelist.Sidney Grayling, August 1, 2005• Hardcover: 356 pages
• Publisher: Xlibris Corporation (October 28, 2005)
• Language: English
• ISBN-10: 1413488749
• ISBN-13: 978-1413488746
• Product Dimensions: 8.5 x 5.8 x 1.3 inches


Sacrificial Lamb Sacrificial Lamb-a Legal Thriller is likely the most fast paced novel to be found anywhere. Two murders, two trials, conspiracies, twists and turns, a struggling defense lawyer and his lawyer son committed to saving their clients make this a fast page-turner, a novel you won’t want to put down. Vince DiMarco and his son defend two murders. One defendant is Vince’s best friend and doctor, Billy Andrews, M.D. The second, Sterling Pierce, is the senior vice president of a local bank involved in international internet banking. The book begins with the trial of a young boy charged with statutory rape. Vince and Mike get him acquitted, much to the rage of the girl’s father, Sterling Pierce. The boy is murdered, and Pierce is charged. The second murder takes place when Billy Andrews reveals to his wife he’s having an affair. She takes an overdose of prescription drugs, and Andrews is charged with illegally providing her with narcotics leading to her death-murder. Real trial proceedings, and a look behind the scenes of action packed criminal defense make this novel a must. Aging trial lawyer Vince Di Marco would like to sit back and let his son run the firm, but his friends won’t let him. They keep getting involved in things like divorce, bank fraud, and murder. How can Vince refuse someone he once was an altar boy with? So turn off your Law and Order reruns. Nino Lama’s second book, Sacrificial Lambs is full of surprises, and will keep you entertained and guessing until the final pages. Stephen Poleskie, author of The Balloonist — The Story of T. S. C. Lowe, Inventor, Scientist, Magician, and Father of the U. S. Air Force Nino Lama writes with a hard-boiled, ironic voice that you would expect from a fedora-wearing gat-packing hotshot of the 1930’s — only his hero Vince DiMarco isn’t that at all: lawyer, family man, lonely hearted lover man, Vince lives in the Finger Lakes region of New York and has a distinctly 21st Century sense of humor. In this quick paced legal thriller.

American Institute of Certified Public Accountants: Sole author: What the CPA Should Know About Business Insurance (517 page text book used in the CPA continuing education program throughout the United States).

We will respond to your inquiry in a timely fashion. Thank you.